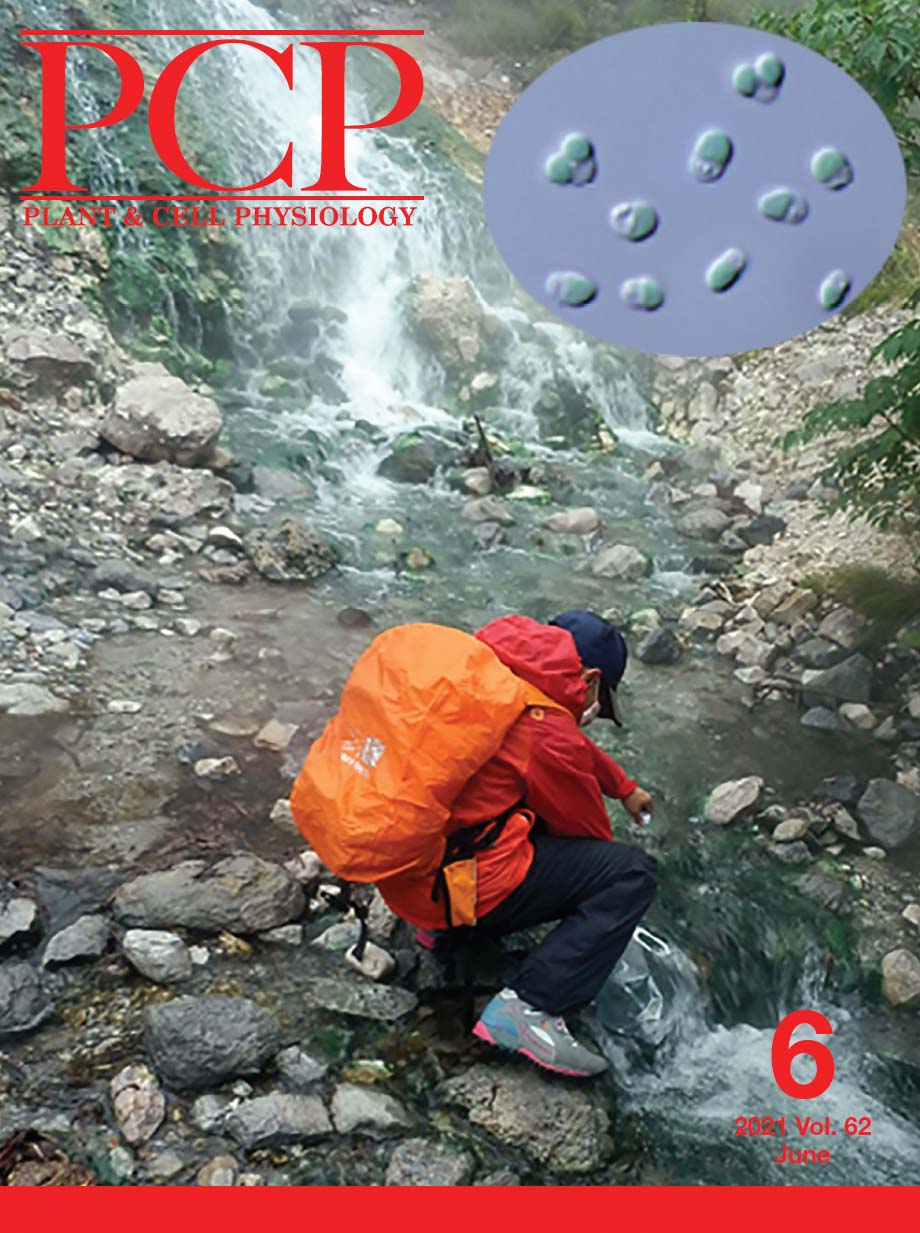 On the cover: Several species of eukaryotic unicellular algae (microalgae) exhibit relatively simple genome and cellular architecture. Microalgae grow faster than plants, and a typical microalgal culture can yield a relatively homogeneous cell population. These characteristics are ideal for conducting experiments at the cellular and subcellular levels. In addition, many microalgal lineages have recently become genetically tractable, which has evoked new streams of studies. One such genetically tractable microalga, Cyanidioschyzon merolae, belongs to the unicellular red algal order, Cyanidiales, and possesses the simplest genome and cellular contents amongst several of the model photosynthetic eukaryotic organisms. Miyagishima and Tanaka (on pp. 926–941) introduce the beneficial features of working with this alga, and illustrate how this alga has been utilized in several fields of study, thanks to the recent development of experimental techniques, tools and resources.

The cover shows a stream of sulfuric hot water (Kusatsu, Japan; photographed by Takayuki Fujiwara, National Institute of Genetics, Japan) where cyanidialean red algae dominate (the green mat on the surface at the bottom of the stream) and a microscopic image of <i>C. merolae</i> cells (inset; photographed by Shin-ya Miyagishima, National Institute of Genetics, Japan).
PCP Gallery