Plant and Cell Physiology (PCP) is the official publication of the Japanese Society of Plant Physiologists. From its inception in 1959, the title has included "Cell" to place emphasis on the fact that the Journal focuses not only on plant physiology, but also on botanical research at the cellular and subcellular level. It was with great foresight that "Cell" was included from the Journal's debut and that PCP retains this basic character even today.

Among the topics covered by this international journal, readers will find original articles presenting the latest information on physiology, biochemistry, biophysics, chemistry, genetics, molecular biology, gene-engineering and cell biology as they pertain to plants and microorganisms. We became an online journal in 2000 and introduced online submission and refereeing on manuscripts in 2002. The volume each year consists of 12 monthly issues and one supplement, and our impact factor is now 4.931 (for 2014).

In cooperation with the other five top journals in the plant science field, we communicated a "Free Flow of Ideas, Information, and Materials" declaration in 2000. Plant and Cell Physiology is now recognized worldwide as one of the truly outstanding journals in plant sciences.

You can use this site to view articles contained in PCP and obtain information about PCP. Just click on one of the links. 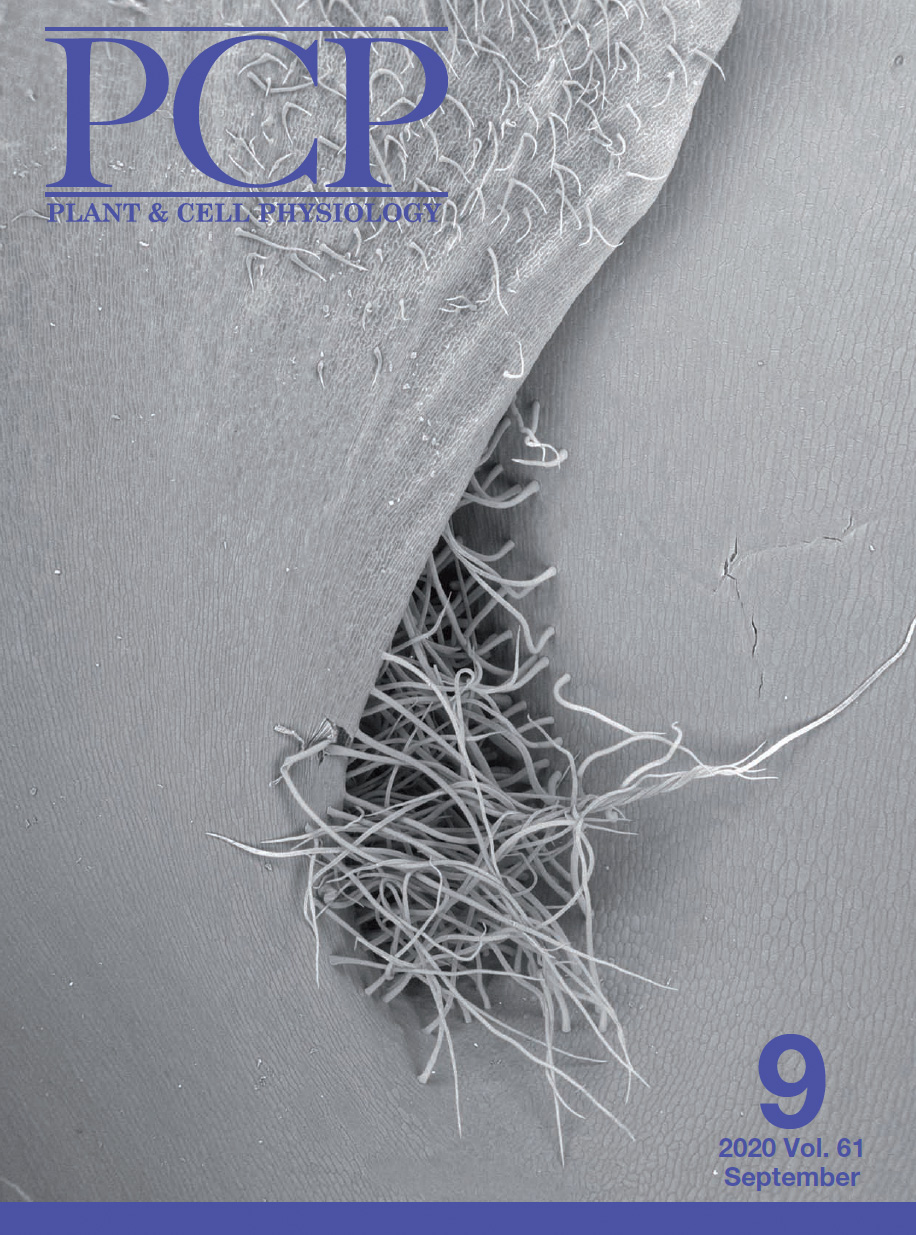 Plant trichomes (or hairs) are mostly observed on leaves and flowers, but rarely on seeds. The cotton fibre, a hair found on a cash crop that supports more than 100 million families worldwide, is an extremely long and fine specialised seed trichome; although it has been intensively studied, its evolutionary origin remains unclear. Tan et al., (on pp.1590-1599) identified clusters of trichomes at the base of petals that are regulated by the two key seed fibre regulators, GhMYB25-like and GhMYB25. Silencing of GhMYB25-like inhibited both seed and petal base trichome formation, while silencing of GhMYB25 only caused a mild fibre phenotype but significantly impacted petal base trichome growth, indicating that the regulatory network for petal base trichomes is simpler than that of fibre cells, despite sharing key transcriptional regulators. A morphological survey of different plant species revealed that when seed trichomes are produced, the petal base trichomes are always present but are more widespread than the seed trichomes. Collectively, these data indicate that petal base trichomes may have been the starting point for the evolution of seed trichomes by providing a simple regulatory pathway, which, when ectopically expressed in the seed epidermis, could have led to the production of rudimentary seed hairs. Recruitment of additional regulators would have been needed to form the more complex network responsible for the production of the valuable cotton fibres now used in textiles.