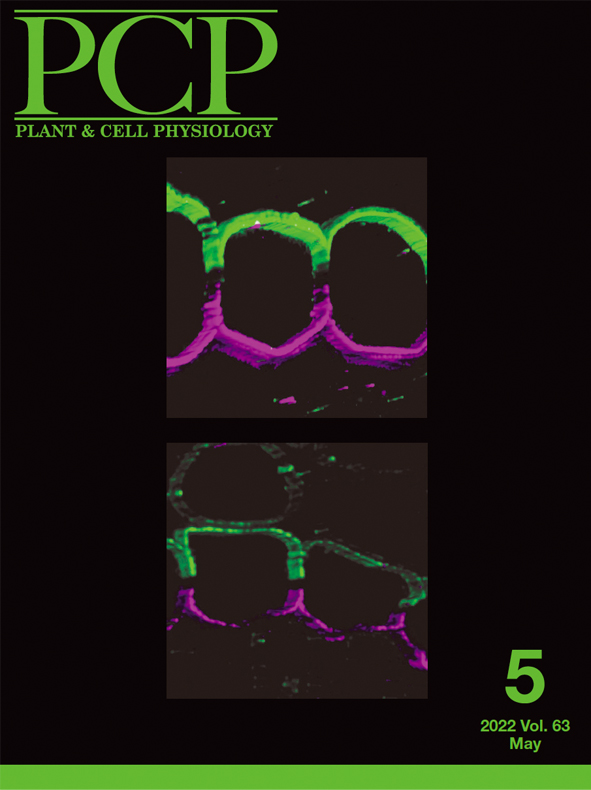 Silicon (Si) is a beneficial element for plant growth, as it helps plants overcome various stresses. High Si accumulation is especially required for optimal and stable production of rice, a typical Si-accumulating species. Rice roots have an efficient uptake system for Si, which is cooperatively mediated by two transporters polarly localized at the distal (OsLsi1) and proximal (OsLsi2) sides of both exodermis and endodermis. In this issue, Konishi et al. (on pp. 699-712) investigated the mechanisms underlying the polar localization of these Si transporters. They found that certain specific cells, such as endodermis, exodermis, and xylem parenchyma cells only, have the machinery required for polar localization and that localization of the lateral polar domain of OsLsi1 and OsLsi2 differ in root endodermis and exodermis. While the exact mechanisms remain uncertain, the polar localization of Si transporters is unlikely mediated by the clathrin-mediated endocytosis.

The cover images show the polar localization of OsLsi1and OsLsi2 by double-immunostaining in a rice root cross-section. Specifically, the exodermis (top) and endodermis (bottom) are shown with OsLsi1 (green) and OsLsi2 (magenta) localisation at the edge of the lateral polar domain being separated by the Casparian strip in the endodermis (bottom), but slightly overlapping at the transversal side of the exodermis (top). Images supplied by Noriyuki Konishi (IPSR, Okayama University, Japan).
PCP Gallery